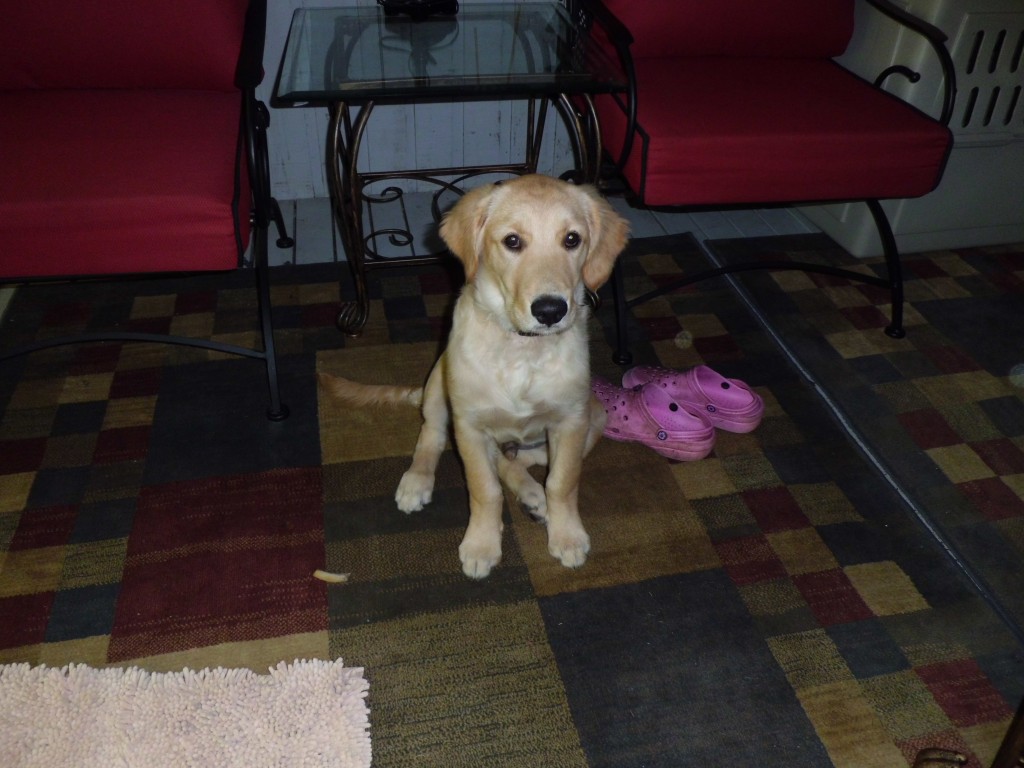 Hank sitting and expecting a treat

Hank was given the command to sit. He is waiting patiently for a treat. By patiently, I mean 10 seconds. He breaks down after that amount of time. I have to ask him to sit again, and we start all over waiting. I actually wanted him to pose for this picture. He doesn’t pose. He waits for treats or attention. 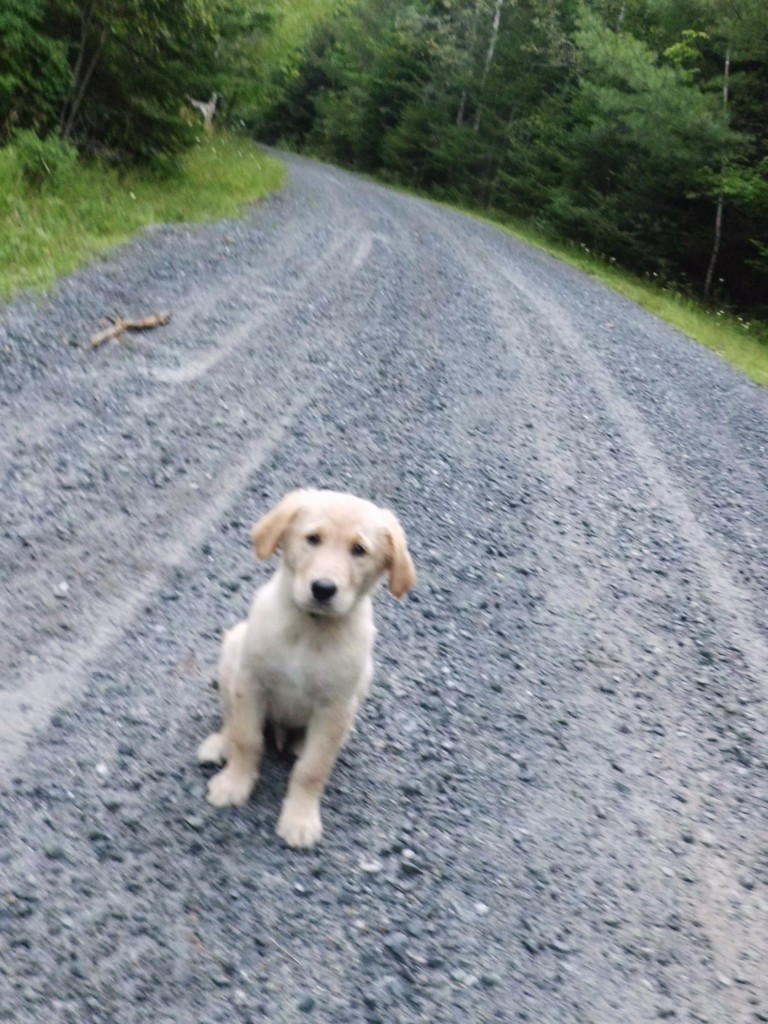 This is Hank walking down the driveway at dusk. It’s about twenty minutes before he hunted and killed his first chipmunk. He disappeared into the woods for a longer time than usual. I became frantic with worry. And then he appeared with his kill. I waited for at least half an hour until he was ready to follow me back up the driveway. A shocking reminder that he is part wolf.

Several friends have offered to “dog-sit” for Hank. His has an adorable look about him and gives as much affection as anyone can handle. These offers surprise me. Taking care of him is a lot of work and responsibility. There’s something about Hank … 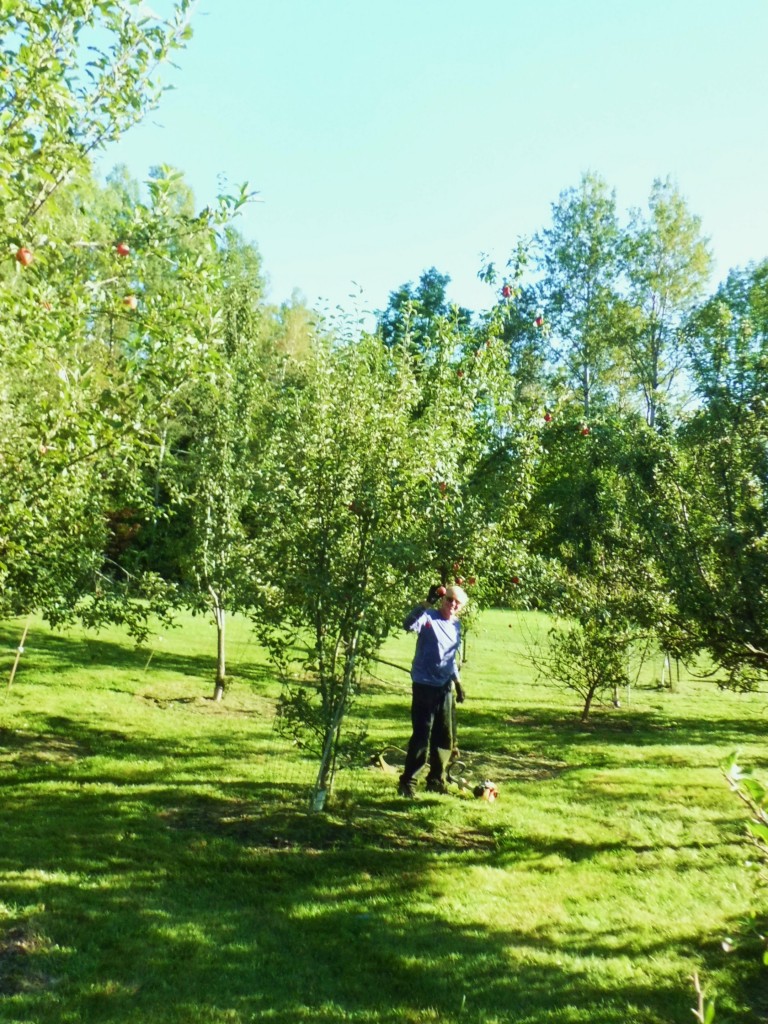 Craig working in the apple orchard. He just picked an apple and is about to take a bite. It’s not the forbidden fruit. It is the fruit of living the good life. 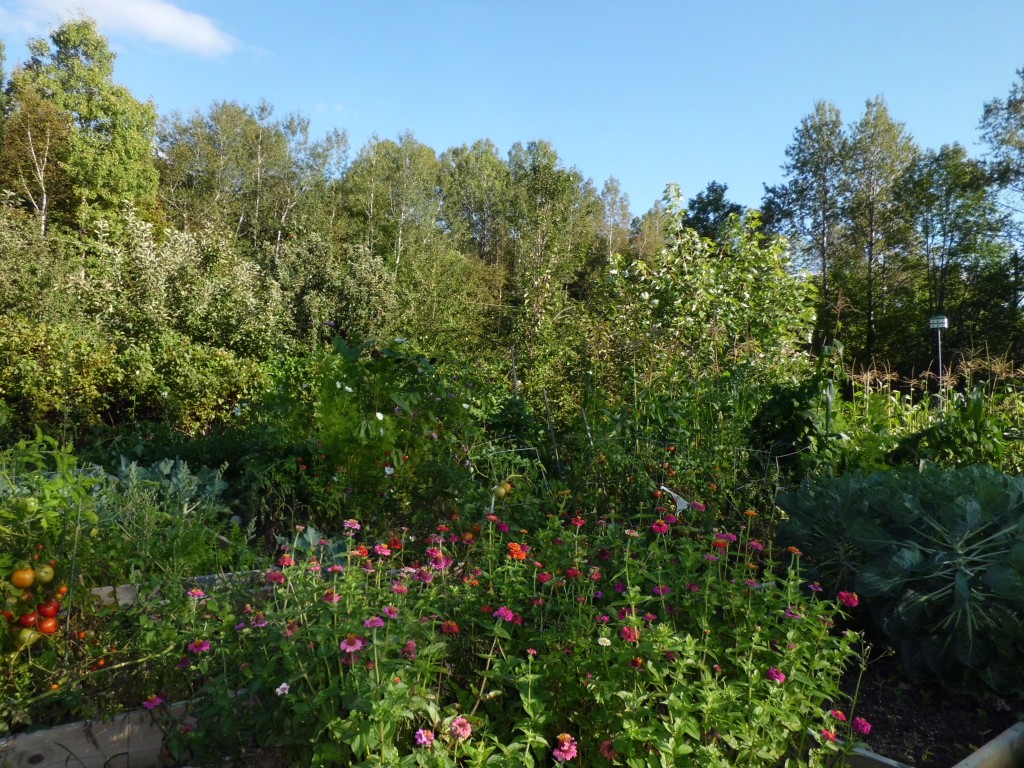 Whenever I go to work, one of my clients consistently asks “Did you bring Hank?” I disappoint her every time. I worry about him making a mistake with his house training. I really worry that he will bite someone while playing. I worry that it will be hard to focus on my job and look after him. Today, the client asked again and has lost patience with me. She said “I am going to find out where you live and walk to your place and find Hank. He won’t bite me.” There is something about Hank…