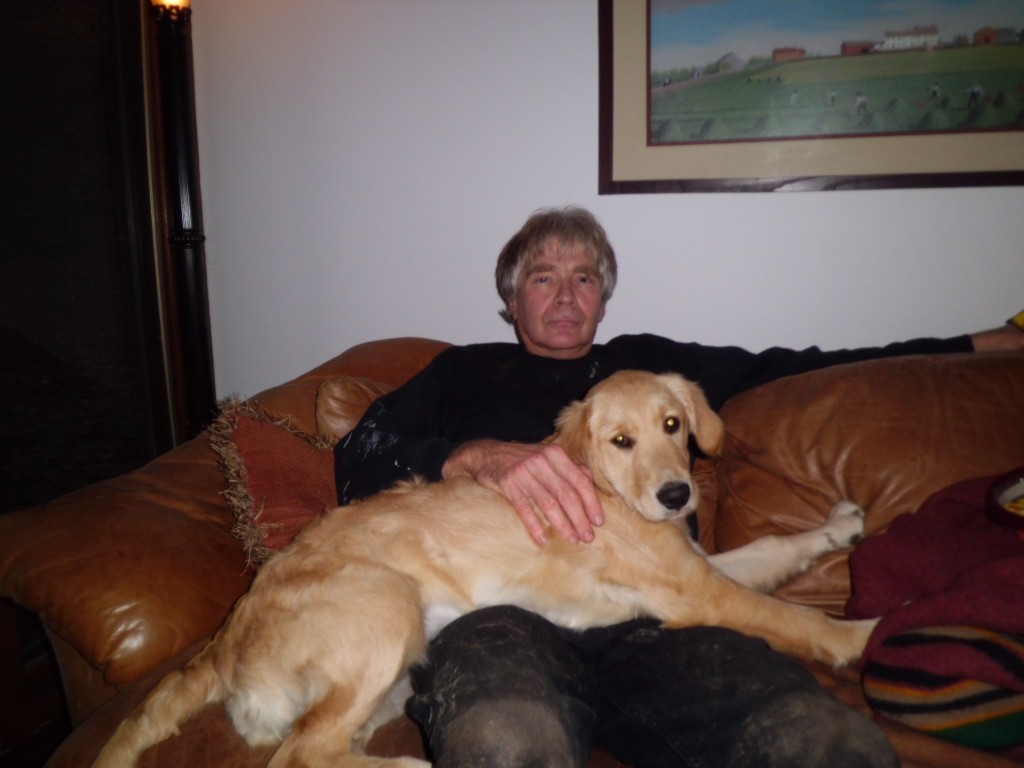 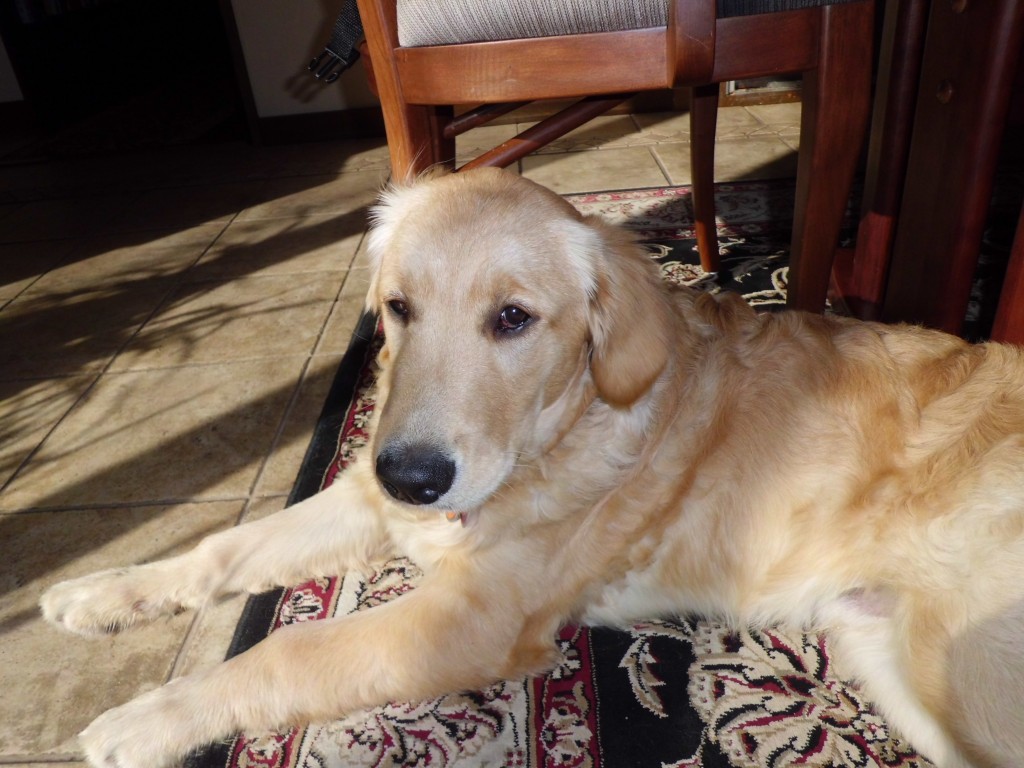 Hank relaxing after his fourth walk of the day.

Hank was alone for six hours yesterday. I am doing a self-esteem group at 11am on Wednesdays and had to leave earlier than usual. I mention the group because it’s such a silly focus for a group. Can one truly understand the concept of self-esteem in a group and can self-esteem be improved by a group. I will focus on that subject a little later in this blog. So, Hank was alone for most of the day. He is used to quality and quantity focused attention from me and Craig. I would say that Hank has excellent self-esteem. He has high expectations regarding what he appears to believe is his rightful due.

When I arrived home around 5:30pm (just missing Craig in the driveway), Hank greeted me as if we had not seen each other in weeks. I had taken him on two walks that morning in anticipation of the long absence. He jumped on me, nipped at me and then started to nibble my feet. There was no satisfying him. It was a long evening and I found myself feeling guilty about going to work and leaving him. My word, what has happened to us. Craig would say “what has happened to you Michele, not us.” Please refer to the first picture above if you have any doubt that Hank has  wormed himself into the Master’s heart and den.

Today turned out to be glorious. We went on four walks and it wasn’t until we were half way through number four that Hank became cooperative. We are both exhausted.

I was going to comment with more detail about self-esteem. I don’t think you get it from therapy or a support group. It has to come through real relationships and meaningful activity. You have to feel like there is a purpose in your day. Hank seems to feel good about himself. He takes a lot of pride in fetching balls. He even tries to train me to do certain tricks. I think he should feel proud of himself for training a human to do his bidding. It takes a lot of skill.