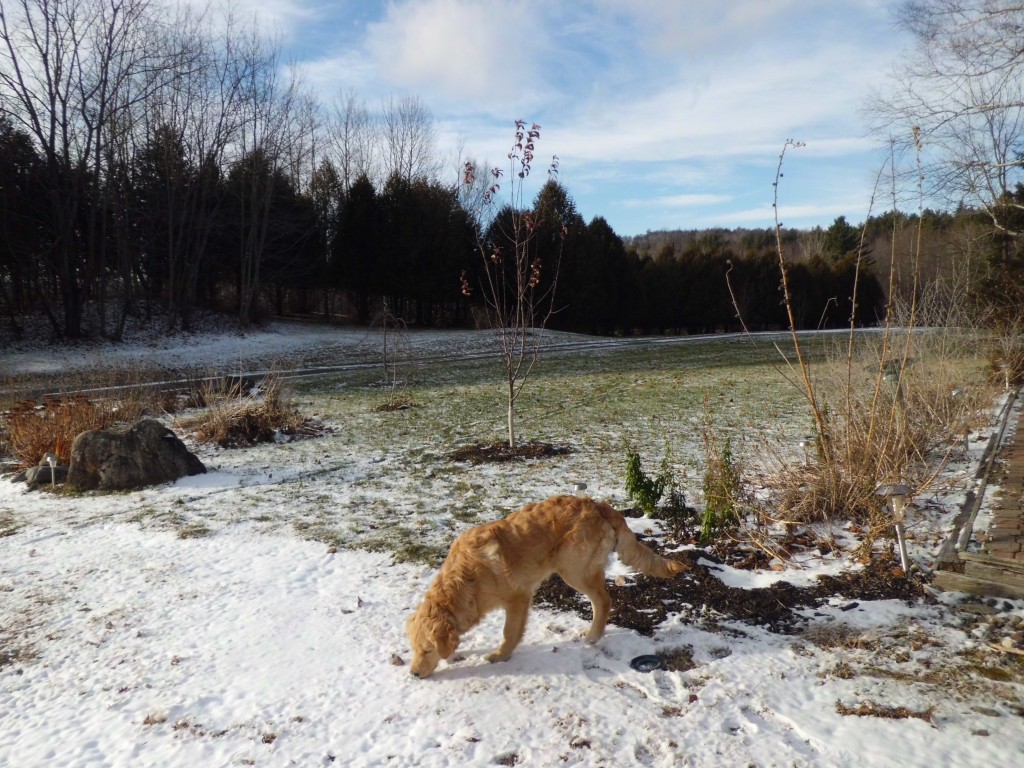 What is Hank thinking?

This is Hank’s first experience with snow. He loves it. He eats it, rolls in it and contemplates the meaning of his existence. How do I know this? I just do.

Hank was neutered two weeks ago. We can’t have him chasing girls around the neighborhood. I brought him to the Vet’s office and had a difficult time leaving him there. My eyes teared up and the Vet Tech tried to comfort me by relating the benefits of neutering. One: it helps soften aggressive behavior in males. Two: it prevents testicular cancer. Three: it contributes to good stewardship regarding dog population control. It was a long day. I called to check on him around noon knowing that the surgery had been completed. The Vet Tech said that Hank was resting comfortably and all was well.

I picked him up around 4:30pm and was given a long list of do’s and don’ts. I have no memory of these precautions from our previous dogs. Seemed like they bounced back quickly and relied on their own resources to recover.

4. No climbing stairs. But, if your dog must climb stairs, guide him one step at a time.

I asked the Vet Tech how to keep my dog from licking himself. It’s one of his favorite activities. She said “Speak to him”. Apparently she had given him a mini-lecture on the problems associated with licking one’s wound. She claimed that he listened and stopped licking himself. Or, she said, you can put a special collar on him that will prevent the licking behavior. My son calls this the “cone of shame”.

The first 12 hours were a cinch. Hank was knocked out from the anesthesia. He was groggy and tired and slept most of the time. And then the medication wore off and he was back to his exuberant self.

I learned the following: I am incapable of keeping a Golden Retriever puppy weighing 60lbs from running, jumping, playing, climbing stairs or licking himself.